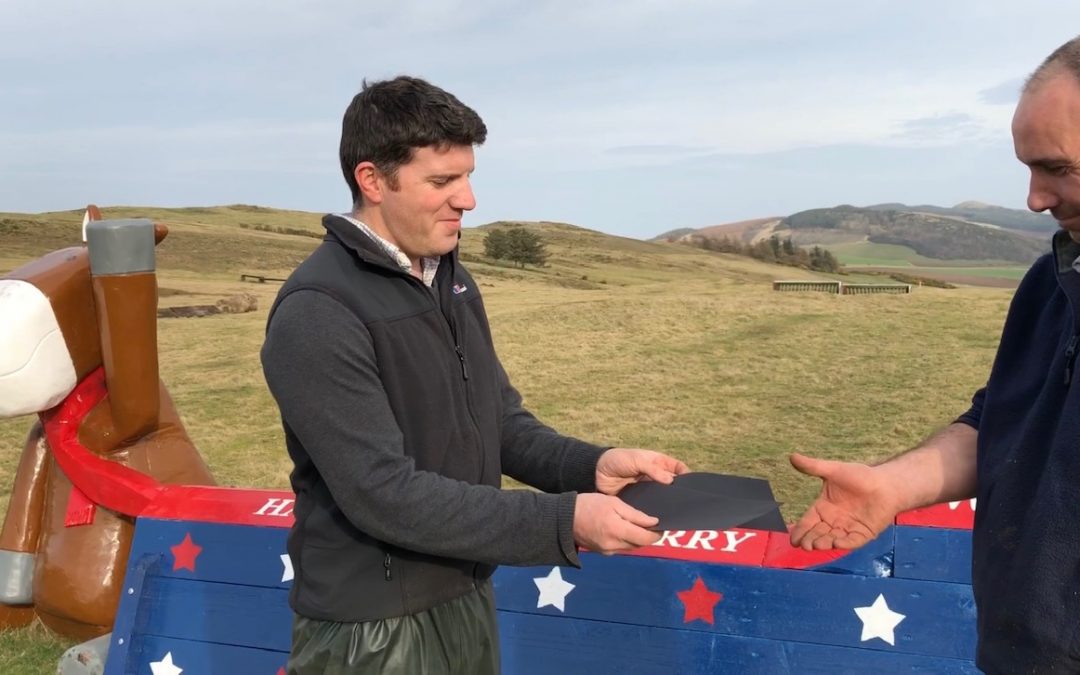 People who watched the fun film clip of Danny MacAskill racing his bike agains top event rider Louisa Milne Home here at Lindores will all have had a chance to enter!

The red group went through to the second draw to win a holiday.  The second draw took place on Friday 22nd Feb. For the draw to work we split the red group into two. The two new groups in the 2nd Draw were ‘ROCKING HORSE RED’ and ‘RED BULL RED’.  Each entry were emailed on Wednesday 20th Feb 2019 to confirm which 2nd Draw group they were in.

On Friday 22nd Feb the 2nd draw confirmed that Rocking Horse Red Group were selected at Random. The selection was made by British Eventing Course Builder David Wilson who was working on Lindores Hill building new horse jumps.  Farmer Richard Black from Lindores was your presenter.

There will only be one winner!

The Winner gets a luxury 3 night break for two in The Arches.

Exciting times ahead for one lucky winner!  Stay tuned x