Danny MacAskill Horsing Around At Lindores

Two sporting industries race together in a collaboration never seen before. Danny and Louisa are challenged to ride over multiple grass fields and jump an old stone bothy, whisky barrels, red cottage, green beehive and a bank.  The final fence in the race is the Danny MacAskill Keyhole fence.

The final fence design was inspired after Red Bull filmed ‘Wee Day Out‘ .  Wee Day Out has had over 35 million views on YouTube and includes the ‘silliest trick Danny’s ever done on a bike’. The silliest trick was the ‘Hay Bale Trick’ – watch behind the scenes footage. Danny rides his bike on a bale rolling down Lindores Hill.

Louisa Milne Home one of Britains top event riders was absolutely up for the challenge of racing a bike. Having trained at Lindores since it opened 30 years ago, Louisa has ridden on many successful horses and loves getting outside to try something new and fun.

Fancy visiting Lindores to try this out yourself? We love having guests to stay so get in touch. 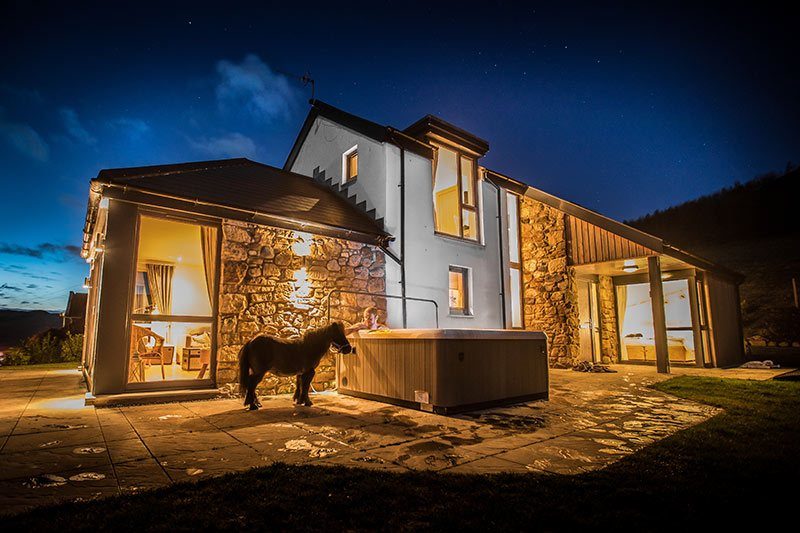 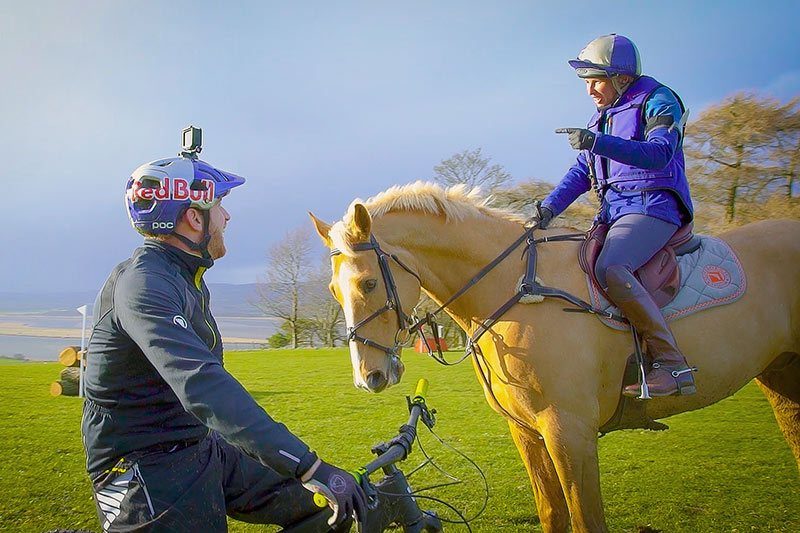 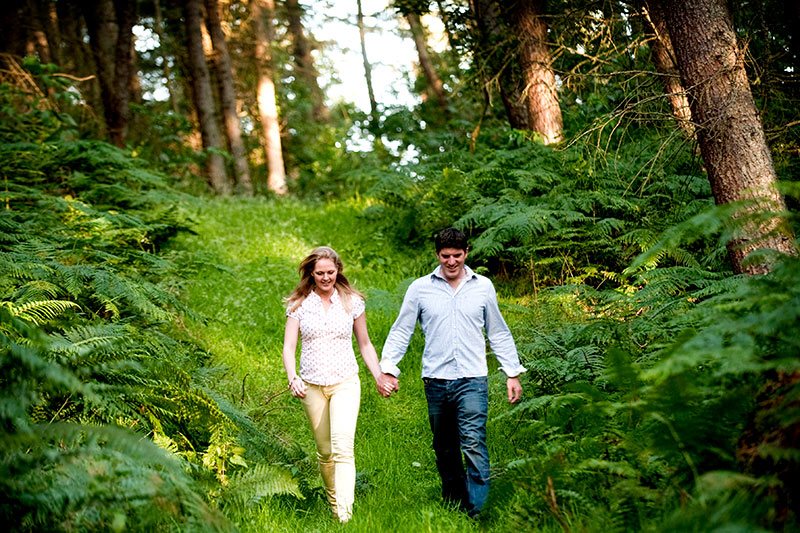 First you need to know how to ride a bike and look after it!

We have limited spaces for some lucky kids to sign up to kids bike training at Lindores. 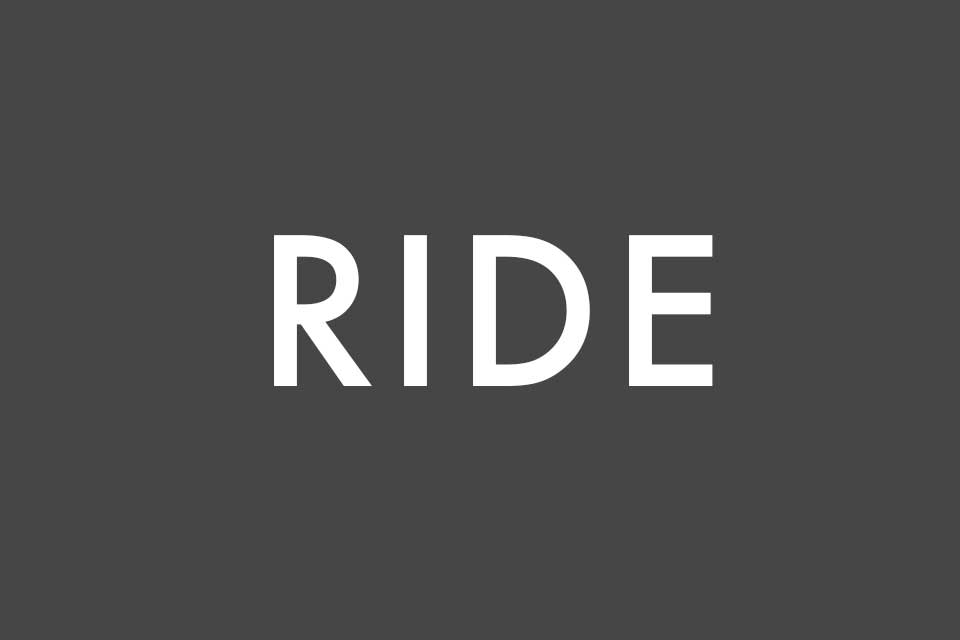 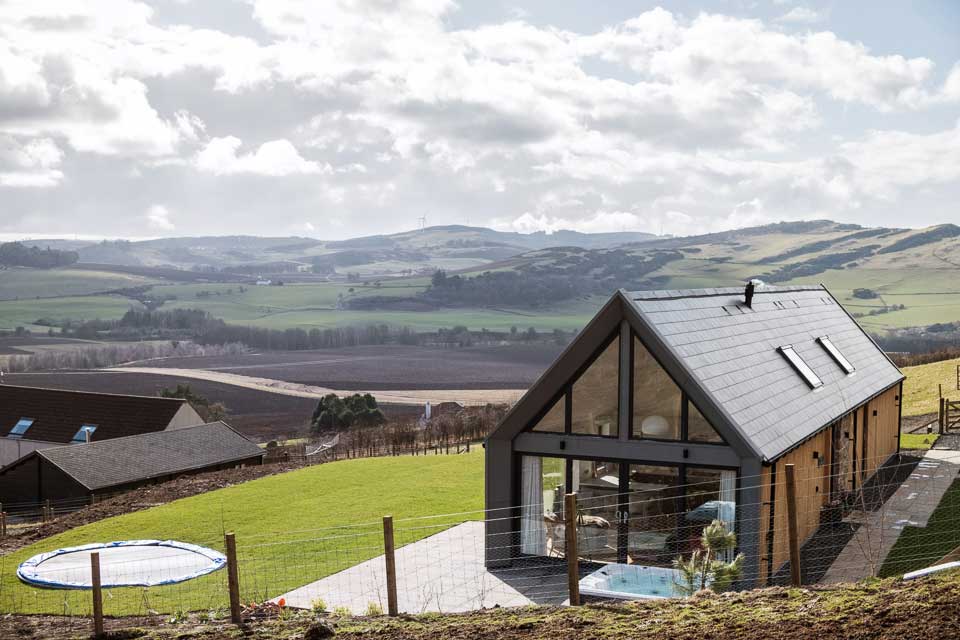 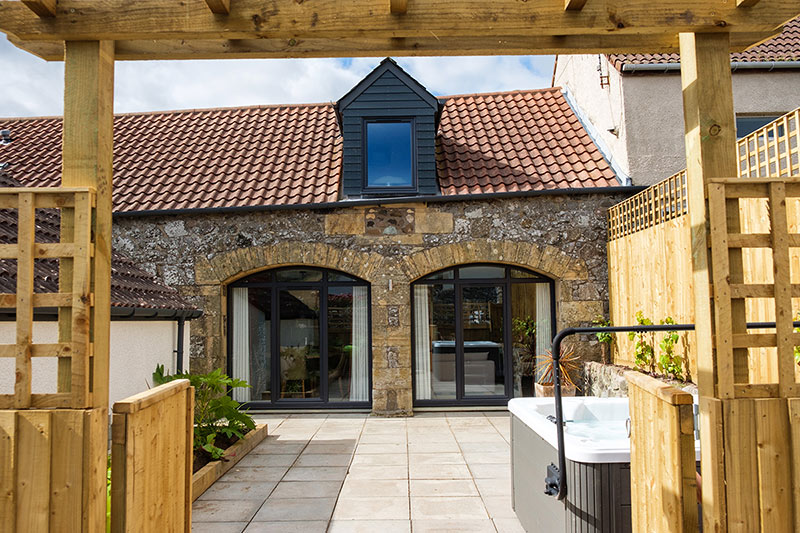 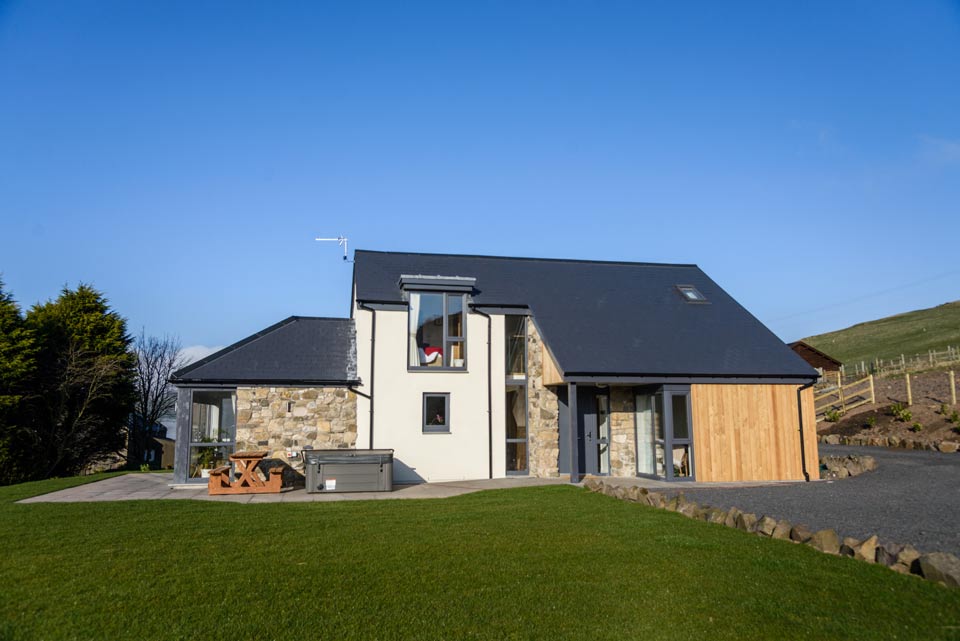 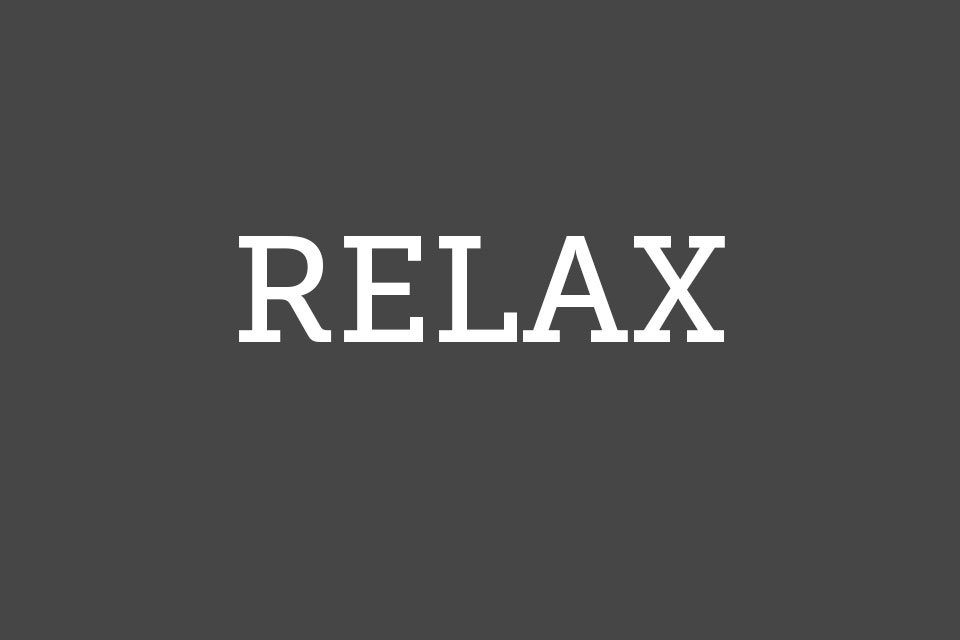