Only 1 mile from our accommodation is the little historical village of Newburgh with a population of around 2000. It’s picturesquely situated on the south shore of the Firth of Tay in North Fife, Scotland. Newburgh was created a burgh of barony by Alexander III under the patronage of the Abbey of Lindores, as a market town to serve the surrounding area. A charter of 1457 gave it additional privileges. It was confirmed as a royal burgh in 1631.

The Abbey of Lindores Abbey has only very recently been confirmed to be the birthplace of Scotch Whisky. It was founded in 1191 by David Earl of Huntingdon, on land overlooking the Estuary of the River Tay, given to him by his brother King William I.

Lindores Abbey Distillery is a must visit to learn about the history of the monks and Royals who settled on the banks of the River. You can also enjoy a tour of the whisky distillery, make your own aqua vitae and attend one of their spectacular events if you’re lucky enough to get tickets.

When walking through the village of Newburgh you could visit the Laing Museum or take a stroll down the the waterfront which has spectacular views up and down the River Tay.  You will see the largest reedbeds in Britain which are home to the rare Bearded Tits. 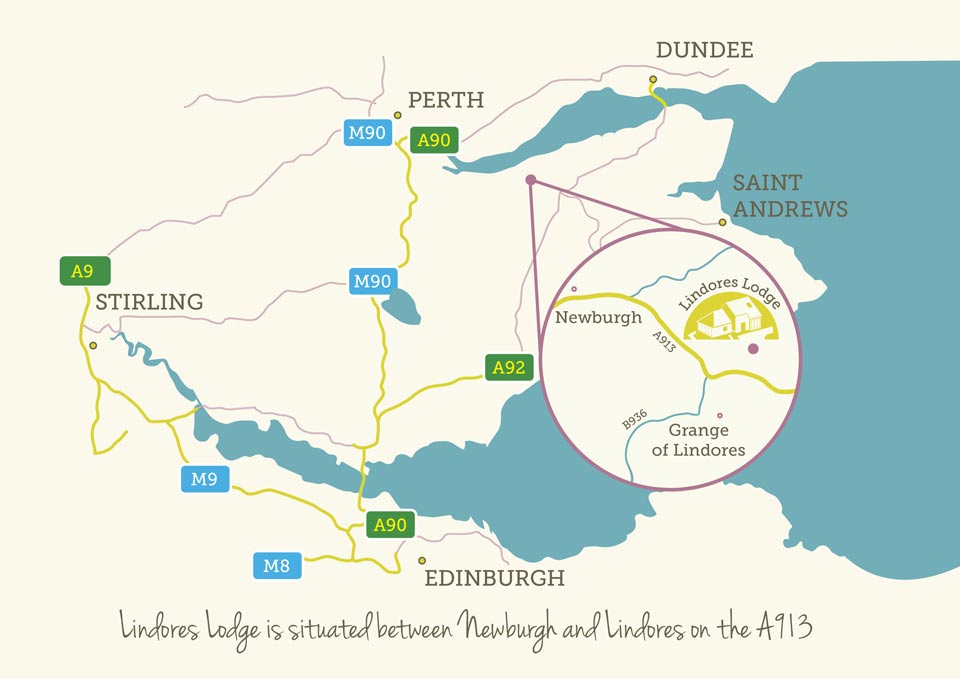 It’s a lovely friendly village with all the services you need. You will easily find a butcher, post office, fuel garage, shop, beautician and bakery all on the main high street. There are two café’s and a flourishing art scene. We recommend you visit: