Want to see what Danny MacAskill does on his day off? “Wee Day Out” explores the rural landscape around Edinburgh in a film that sets out to capture the simple fun of a ride in the country with moments of incredible riding and a touch of humor. Danny pulls off never-seen-before tricks, most of which would normally be assumed impossible on a mountain bike, like leaping onto a single train track, turning a hay bale into a giant unicycle, riding over a cottage, and disappearing into a 6ft puddle. Oh, and keep an eye out for a cameo from Lindores farmer Richard in a red tractor! 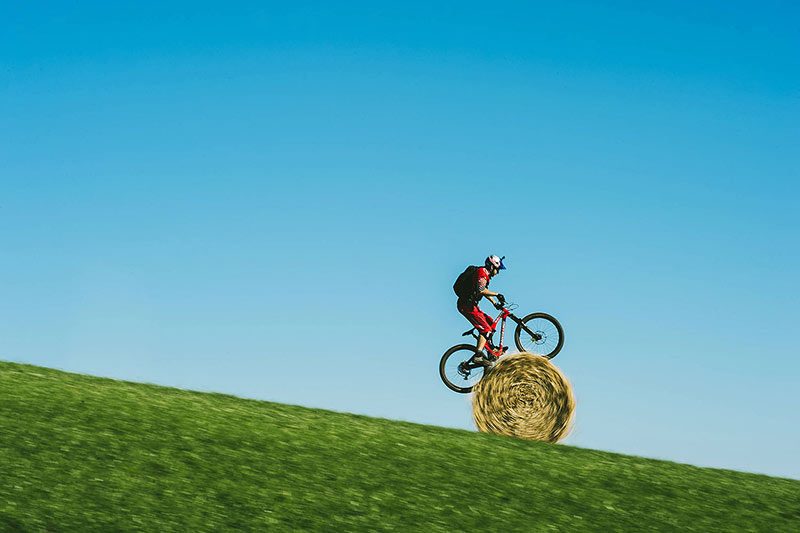 Riding down a hill on top of a hay bale is one of the most creative tricks Red Bull had ever seen and Danny filmed it here at Lindores.  Danny reckons this was one of the hardest tricks from the film, taking him 400 goes to get right. Why?  Danny is playing a game of opposites, with his bike riding backwards, while he’s trying to go forward with the bale down a hill. Farmer Richard made and wrapped an especially heavy bale to reduce the amount of bounce and movement for Danny and between the supportive Cut Media production team and a few cans of Red Bull drink he did it!

Nicest guy ever with vision

Danny took time out of his schedule to meet a few of the Lindores fan base Thomas, Archie and Jake and the resident Isle of Mull Pony Club campers.  Danny’s fun and friendly character was enlightening.  Danny demonstrated characteristics that host Anna see’s snippets of in every horse rider that trains at Lindores.  Danny demonstrated persistence, attitude, and vision and had bags of humility. Anna was so inspired by him she wanted to create a landmark as a reminder to all horse riders and guests that no matter who you are or what your qualifications may be – if you have persistence, attitude and vision you can do great things. 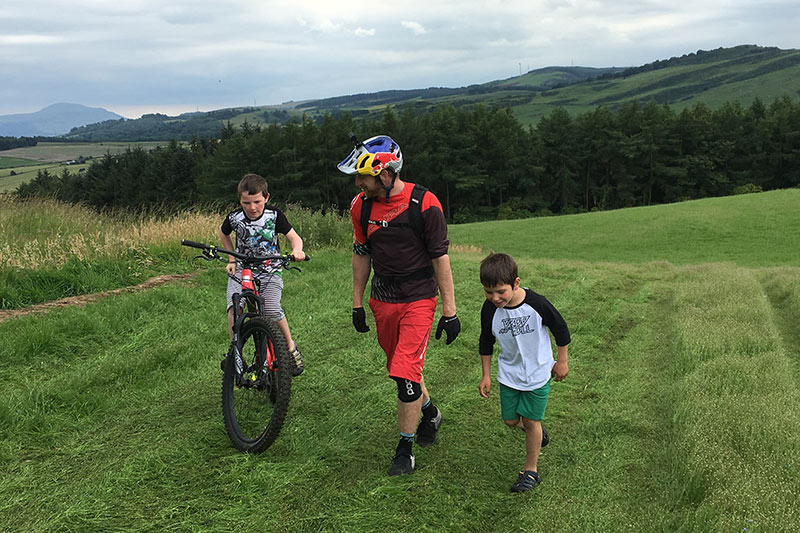 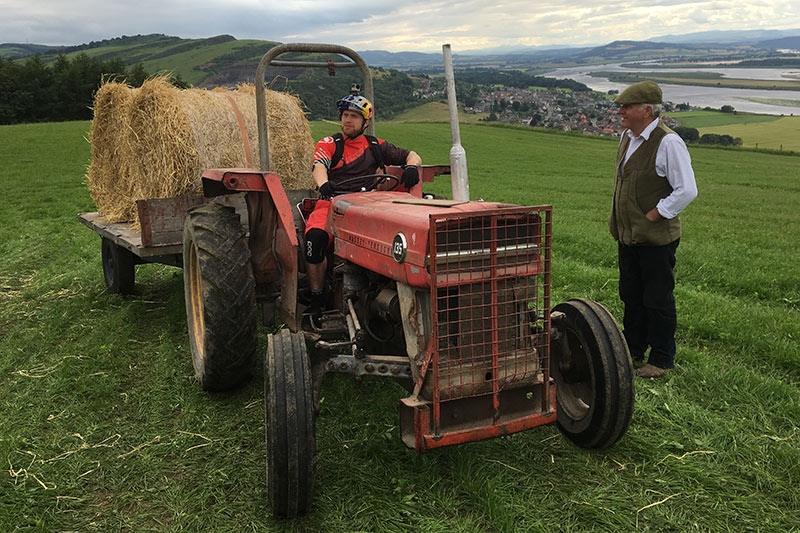 Cut Media the production team behind the filming were professional, fun and creative. Stu who led the filming kept all the team busy – predominately by asking them to stop the rolling bales from taking off down into the River Tay.  The team manually rolled each bale up the hill to make sure it was in prime position for Danny and the frame shot they all visualised.

Red our Blog about the Hay Bale Fence that was inspired by this filming which is a 6 metre high wooden structure ideal for photos when you’re on holiday!